Can Tenants Install Security Cameras (Systems) Inside or Outside the Apartments 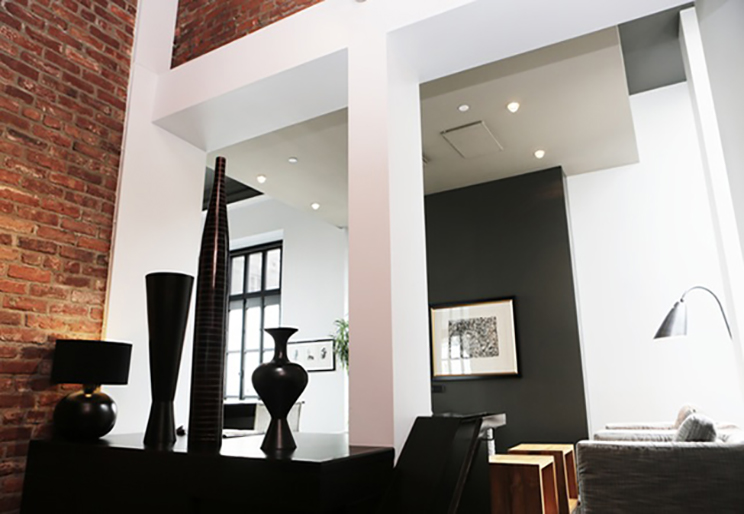 In most cases, tenants have the right to use security cameras inside the rented apartment and we recommend using WiFi cameras, which do not need to be hardwired, thus avoiding causing damage to the walls and contractual disputes with the landlord. However there may be some legal issues with installing in common areas outside the apartment rooms, you must ensure that you do not disturb your neighbors with their privacy and you will need to make your decision based on local laws.

For tenants in metropolitan and large cities who rent apartments or live with others in a shared apartment unit face pressing security concerns and there is an urgent need to improve the security of their apartments by taking the necessary precautions. In this article, we are going to look at the issue of cameras in rental housing and try to draw a conclusion as to whether a tenant can install a security camera outside and inside in California, Ontario, Canada and elsewhere.

The table below provides key information about whether a tenant can install security cameras in their apartment.

There are growing necessities for apartment security cameras and systems, these trivial matters could add up to be a colossal nuisance.

The list could go on and on, surely there are still more annoyance or agony untold by hundreds and thousands of apartment dwellers.

The overwhelming sense of insecurity and incessant hassles are the recipes for further trouble if no actions are being taken in a timely manner. 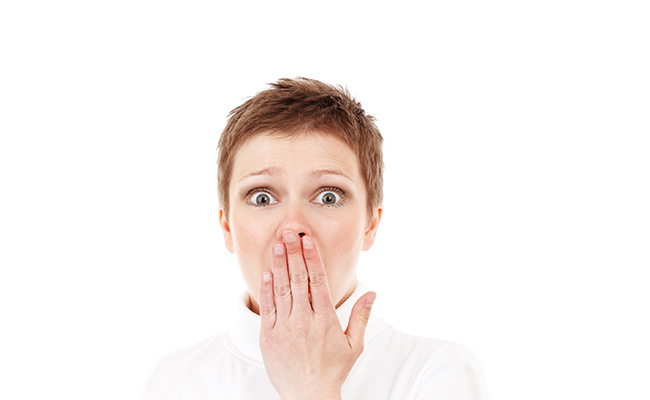 If you found yourself grappling with security issues and looking for advice on boosting security around your apartment, such as security cameras, it’s important to know ins and outs of regulations regarding surveillance in or out of the apartment.

Is It Legal for Tenant to Use Video Cameras

Generally, the Supreme Court held that tenants are generally entitled to use exterior parts and general parts of a rented building, provided that they have a legitimate interest, the building is not damaged and the other residents are not disturbed or impaired in their interests.

So make sure that the security camera is positioned in a way that it can catch only the rented apartment, and it will not violate the privacy of other tenants, their guests, and the neighborhoods. Otherwise, you are very likely to have legal issues with the security camera installed around the apartment.

Can a Tenant Install Security Cameras Inside the Apartment?

In our previous articles, we discussed the legality of landlord putting surveillance cameras around the rental property and revealed various security issues faced by tenants after renting a house.

So can you install security cameras inside your apartment? The answer is it depends. No doubt, the question strikes a chord with millions of apartment occupants as they are looking for advice on securing their apartments.

If you are open to WiFi security cameras, like the wire-free Reolink Argus Pro, which requires no drilling or damage to the apartment, it should be okay to watch over the apartment door and pets (possibly) as long as it doesn't implicate privacy violation of other roommates (if there is any).

Or you may take a look at the PoE security cameras for a small apartment which involves less physical wiring, and you can avoid drilling on the surface of your apartment or any mutilation of the property, if planned ahead.

For these two kinds of cameras without drilling, of course, the answer is YES, just as you bring home a TV.

Occasions Tenants May Not Allowed to Install Security Cameras

However, it doesn’t hold true for tenants in some circumstances where you need a written permission from landlords or sort of rent regulatory body (such as apartment association) if you opt for contract alarm service, security cameras with professional installation, or hard-wired security system.

If you take the liberty to install surveillance cameras or alarm system without landlord’s permission or proper consultation, such as on apartment door, inside the apartment, you will be held accountable for the property damage, which could result in your security deposit being withheld by landlords.

Of course, the corresponding consequence varies in different circumstances, it’s important to notify landlord beforehand to avoid unnecessary disputes and gain consent from them, as well as drawing up some sort legal document to protect your legal right in cases there is any dispute in the future, just to be safe. 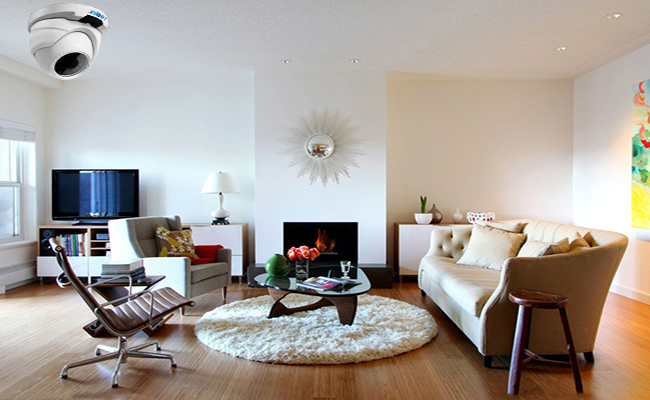 Can a Tenant Install Security Cameras Outside the Apartment?

Many apartment tenants are thinking about putting security cameras outside their rented apartment to keep tabs on the people coming and going outside the apartments.

However, it seems to place security cameras outside their apartment such as a hallway, the staircase, is not in the territory of tenants or renters’ right, by doing so will solicit opposition from other tenants and spark concerns.

Even though landlords gave green light to the security camera in the apartment hallway, the surveillance cameras around apartment public areas will still be subject to abuse for other exterior motives, for example, learning about neighbor’s routine to plot break-in or attack, especially for a single woman living alone.

One tenant, in particular, voiced concerns about being watched by stay-at-home-all-day neighbor every single day coming and going in and out of the apartment building or apartment complexes. 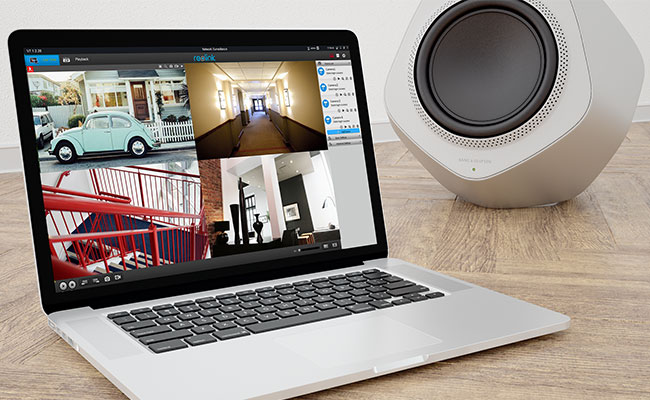 If you found out other tenants install security cameras around common areas, it’s better to touch base with landlords and notify them the nuisance and implication, if the matter was left unresolved, you can talk to your neighbor and consult local police about the matter. If someone with ill intent installed hidden cameras that are unlikely to find out easily, before renting you need to check if there are hidden cameras to safeguard your privacy not divulged.

To find a hidden camera, several signs may help such as small holes in walls, unexpected and extra wires, lights or other unknown objects. And there are some useful tips of finding hidden cameras.

In the end, if you truly find a hidden camera, you’d better call the local police to handle with it and find out who put it there to prevent harms to other people.

What Security Camera Laws Should Landlords obey in California

Until now, we have put forward several constructive suggestions for tenants on security camera issues. While from the perspective of landlords, they also need to abide by the laws concerning to security cameras when they want to install security cameras in their apartments. Otherwise, they may violate a person’s legal rights or reasonable expectation of privacy. We are now going to present related California security camera laws and let property owners know what they can do and cannot do with security cameras.
California Penal Code §647 has a good guidance and significance for the legality of placing security cameras in apartments. This penal code makes it illegal to secretly videotape, film, photograph, or record another identifiable person for the purpose of viewing the body of, or the undergarments worn by, that other person, without the consent of other person, for sexual desires. Also, it’s illegal to secretly videotape, film, photograph, or record another identifiable person in the interior of a bedroom, bathroom, changing room or the interior of any other area in which that other person has a reasonable expectation of privacy without the consent of other person. In California Penal Code §632, it is specific that a person who uses an electronic amplifying or recording device to eavesdrop upon or record the confidential communication without the consent of all parties is an illegal behavior.

Each state has their own laws governing the legality of placing security cameras in apartments. For more information about security camera laws in your state and regions, you can search on the Internet to find the related laws and regulations. 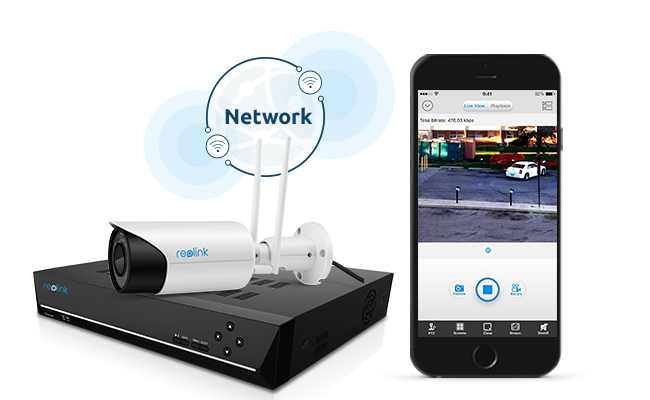 Tenants either renting a house or apartment unit are entitled to feel safe and unthreatened by unanticipated dangers. Security measures in place are essential to protect you and your family.

No matter what kind of security measures you are aiming for, it’s important to touch base with property owners, apartment association, or landlords to eliminate misunderstanding.

If you really have no idea whether it is legal to install security cameras inside or outside the apartment in your region, as a tenant, it’s advised to call the District Attorney's office to try and clarify the ruling for a tenant who desires to use a video camera anywhere in or on their apartment complex.