Motion Detection & Notification Not Working – Reasons & How to Fix 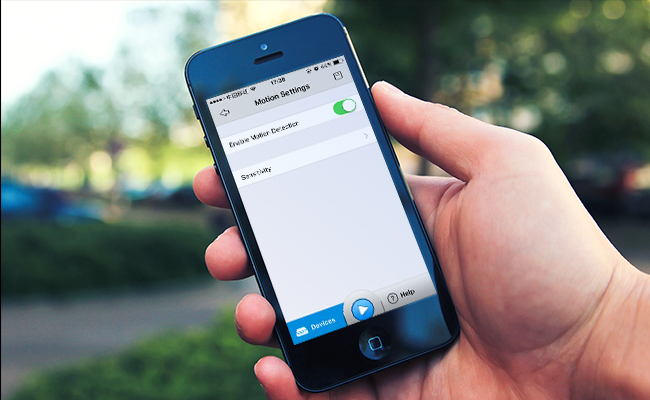 In order to fix a security camera motion detection not working, you should first troubleshoot the network connection. In addition to this, technical issues like firmware, software, and placement can also be blamed for cameras' inability to trigger motion alert, record motion or push notifications.

For your reference, the following table shows the key parameters needed to fix the motion detection function of the security camera.

What Is Motion Detection?

Motion detection is a required feature of a smart home security system. When an object moves in the monitored area of a security camera, motion detection will be triggered and the homeowner will be notified and know what is going on around them.

How To Fix Motion Detection Not Working?

If your security camera's motion detection has stopped working and you want to fix it yourself, here are the top four steps you can implement.

Some users might have experienced that their security camera is not reacting to people walking into its frame, nor does the camera capture any motion events.

Thus, make sure you have enabled motion detection in your desktop software or mobile apps.

If you don't know how to set up motion detection on your phone or laptop, the video below can help you a lot.

Many security cameras will start recording when movement is detected. Behind such technology lies in the complicated algorithm which will calculate the pixies difference between different frames.

However, once the algorithm is not properly calculated, situations like cameras are not recording movements even there are people approaching or walking pass, will occur.
Updating security camera firmware or firmware of NVR/DVR to the latest version could fix potential bugs that have been meddling with the motion detection or push notification.

Monitoring software or apps play a role in motion capture and motion alert triggers since you need them to enable motion detection and trigger in the first place, or not for some of them trigger motion by default.

Any bugs or unresolved technical problems in the monitoring software or apps could have an impact on the general performance of your security cameras or systems.

Think about the movie Ant-man or TV show Arrow, a simple glitch could jeopardize the overall functionality. Upgrading your apps or software to an updated version and gets rid of this nagging problem once for all.

Security cameras with built-in PIR motion sensor, such as Arlo cameras could see cameras do detect motion but fail to record or capture movement. Or cameras can’t detect or record motions through glass or window glass panel.

The object from afar is relatively easier to be miss out, so don’t expect security cameras to pick up every movement within its field of view. Focusing on strategic areas for motion detection helps achieve maximal peace of mind as well as reducing unwanted false alarms.

Normally, people infuriate about getting loads of false alarm alerts and getting their storage/inbox flooded with notifications, but not so much furious when not getting any notification or motion alert.

However, more often than not, no news is not always good news, especially if you are not storing footage to an on-site NVR or uploading to a cloud server, missing out such important forensic video evidence is unnerving. 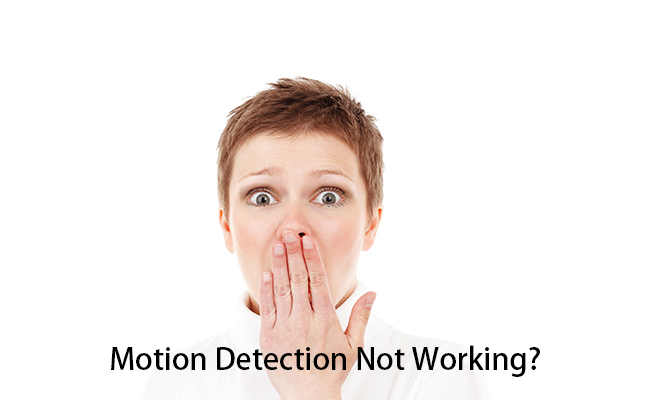 Technically speaking, many cheap or cheapish security cameras, despite having built-in motion sensors, could experience problems like motion detection not working, frequent motion triggers or missing motion capture after months of use.

Buying security cameras from top CCTV camera brand like Reolink could reduce such risks and guarantee long-term stability in performance.