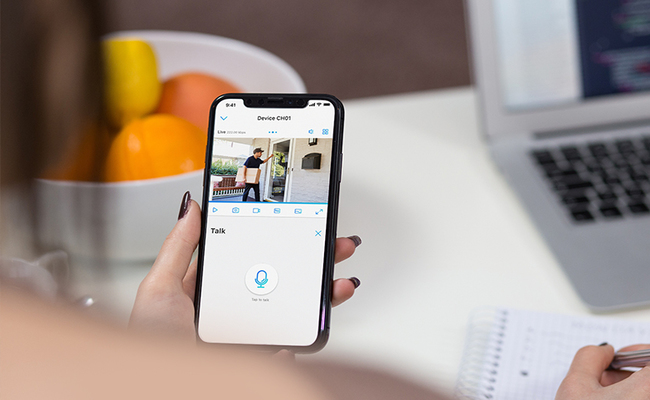 For example, you can set up a car security camera in your backyard, then you can sit at home and check the situation of your car through the APP to avoid your car being stolen.

Below we’ll introduce a list of top 10 best home security apps for your Android and iOS devices.

In choosing the best home security apps, the important information is as follows:

In general, there are two types of home security apps available in the market:

Proprietary apps: Such security camera apps are provided by security sellers for their own IP cameras only, and at NO extra cost. The greatest benefit of these customized smartphone security camera apps is that you can make full use of your security systems without any compatibility issues. And the security companies would regularly release new app versions to unlock new functions or fix existing bugs.

Ivideon (Android App) : This is a good security camera app with their equipment and cameras proven to be effective. The features of Ivideon include the capability of sending an audio back via online. Live streaming using internet from any device and location is also possible.

And, you can connect this home security application for your Android phone with a camera the easier way. With this top Android app for home security, you can still save and recover the cloud storage. This is also workable even if bad guys out there break the surveillance tapes. 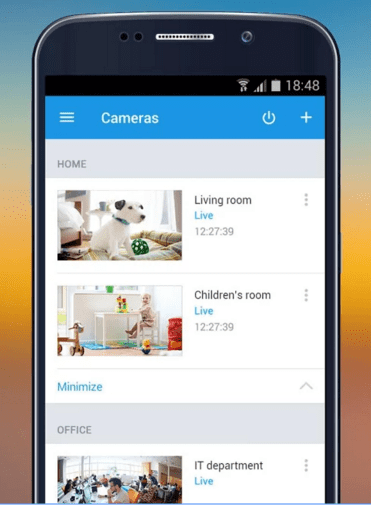 Reolink (Android App): Reolink app is considered as one of the most efficient security camera applications for home security. It works with its IP cameras with zero configurations – plug and play. This free app enables you to view live videos of your cameras anywhere and anytime.  Now more than 2.5 millions of people have been using this app. You can get it from its official website or from Google Play.

Check out this 5-min video to navigate through the Reolink App. 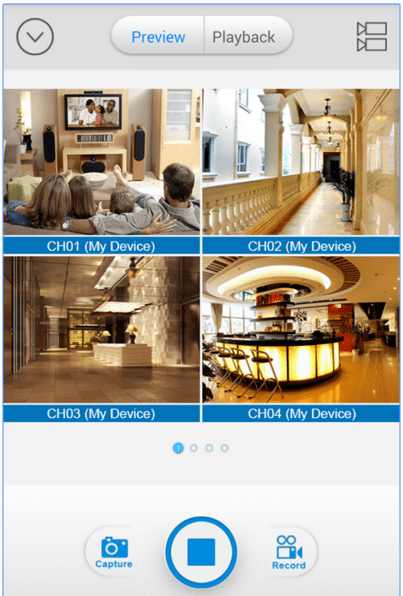 Here is the video streaming via the app (captured by Reolink RLC-810A).

Alfred (Android App): This Android security camera app for home security is easy to use. You don’t need to go through lengthy signups and logins due to the interface. This also has its stunning color scheme that you will surely love. 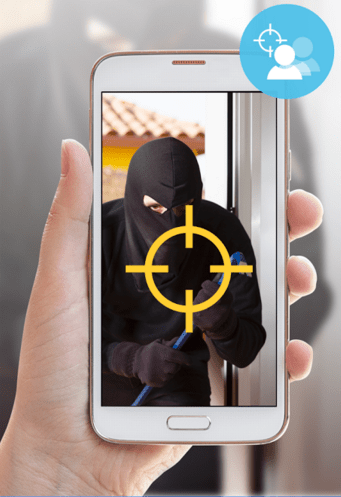 i-Security (Android App): This is mainly considered as one of the best home security camera apps for Android. It allows users to watch live streaming from different cameras via a surveillance system. You can also view live streaming using your camera via 4G/3G Internet or WiFi. The features of the application include of the physical control. And, users can set up this application in multiple servers. 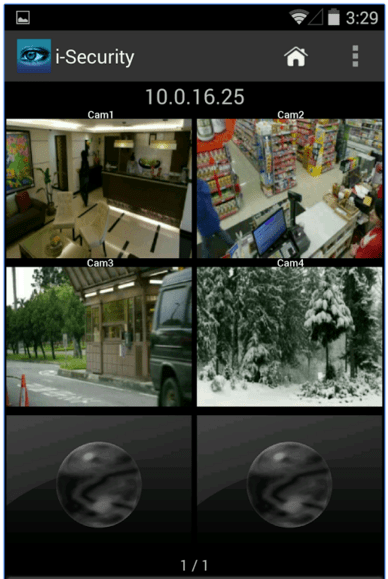 **Video Monitor (Android App): **Video Monitor is also another stunning home security app for Android users. It also comes with a good looking and simple interface. This is also user-friendly as well, and it even allows users to implement video surveillance, tracking GPS location and event detection. 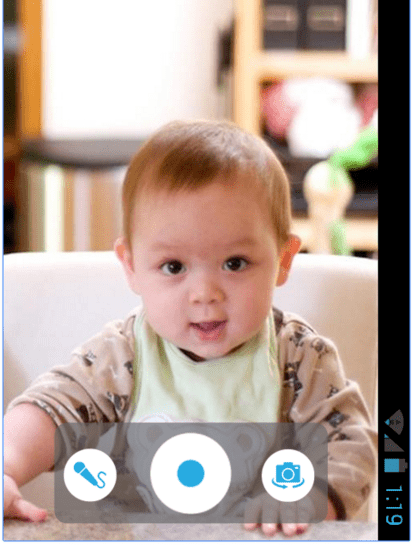 Reolink (iOS App): Yes, as you may notice, many home security apps are compatible with Android devices and iOS devices. Reolink app stands out with the easy-to-use and fast features. You can download it on its official website or on App Store to work with its cameras, constituting as a powerful home security system. It is proven to be the best home security app for Android and iPhone to monitor things inside and outside your homes in real time. 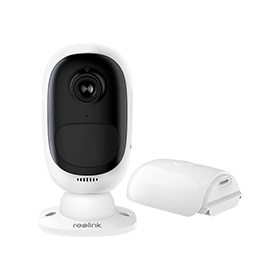 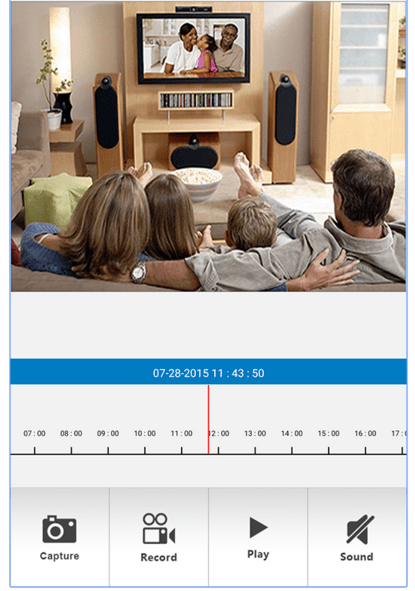 Here is the time-lapse video via the app (first snow captured by Argus 3 Pro).

**Presence (iOS App): **Most people have their old iOS phones they no longer use. This is mainly due to PRESENCE. And now, you can turn your old iPhone into a home security tool.  With this home security app, you can best monitor your property in real-time. You can also get some notifications and alerts. 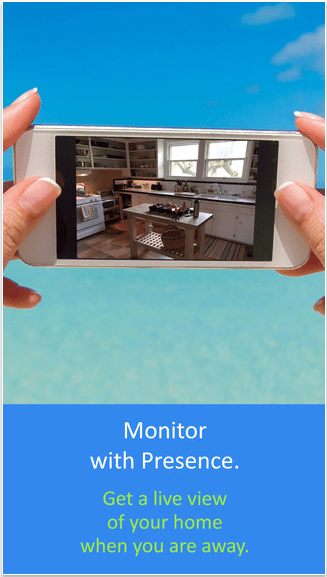 iSentry (iOS App): It is difficult to be away from your house. So, if you are concerned about safety and security of your property then you may want to get iSentry home security application. iSentry is the kind of home security app for iPhone that allows users to turn their computers to become web cameras.  Home owners will receive videos or photos when any alarming activity takes place. 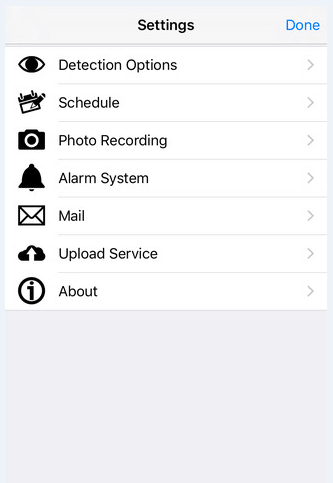 AtHome (iOS App): AtHome is much like iScentry. It's also the home security app for your iPhone that can turn your home computer into a web camera. You simply point your camera towards an area in your home and then you get the live view on your iOS devices. It also features motion detecting and alarms. 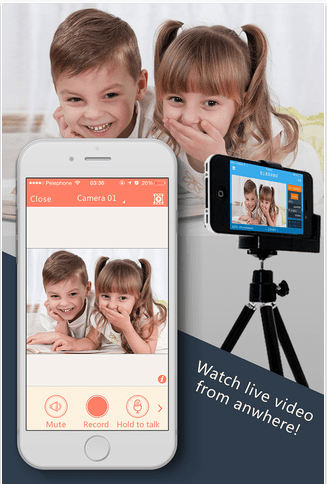 Alarm.com (iOS App): This is also proven to be an effective and simple application that enables users to monitor things inside their homes. This iPhone application for home security allows users to connect to their already-existing home security, and it is also helpful in terms of monitoring all homes and establishments in real-time via security tools and video monitoring. 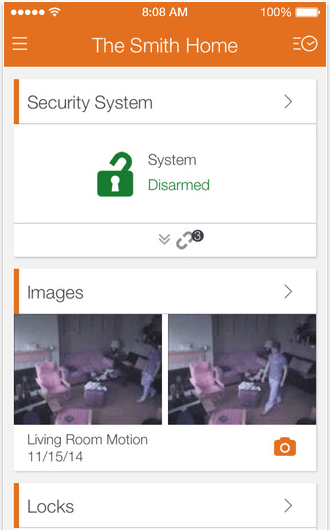 Choosing the best home security app for your iPhone or Android smartphone, without doubt, can double ensure the security of your home. With these home security applications, you are guaranteed to receive notifications and alerts with any activities in your house while you are away!