Top 8 Pros and Cons of Surveillance Cameras in Public Places

In a debate about whether surveillance cameras should be put in public areas, like schools, stores, libraries, airports, bars, and clubs, some individuals feel more secure with the cameras, while other citizens and privacy advocates feel nervous about the fact that they are under surveillance every time they are out in public. Let’s take a closer look at the pros and cons of CCTV in public places.

In the discussion of pros and cons of surveillance cameras in public places, the key information is as follows:

When you are walking down the street, driving in your car, or hanging out with boyfriends and girlfriends, you will be monitored with cameras placed in public. This creates a complete picture of the private life of an individual. We all have a private life and we don’t want others or the government to know. 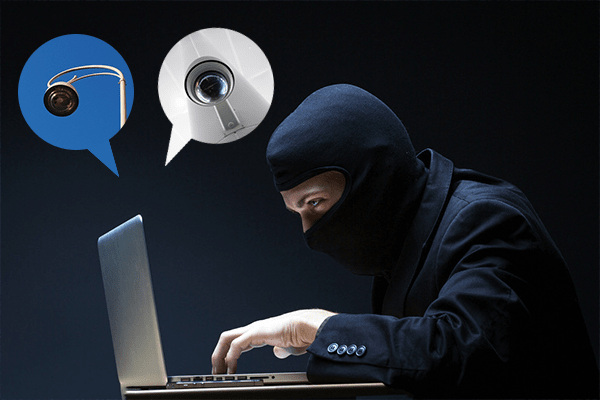 Yet, public surveillance does help with the investigation and protect us. There are no laws that prohibit surveillance cameras in public places. And more than half of the reviewed citizens think that cameras would not be an invasion of privacy if they were put in places that are not private, like in the parking lots or in business.

In fact, laws on surveillance cameras in public places are sparse and only a few of the states in the United States pass statues that regulate the public usage of the video surveillance.

For example, in New York, police can only use video surveillance as a part of the investigation into the alleged criminals after obtaining a warrant from local authorities.

However, putting hidden security cameras in public places, like bathrooms, changing rooms and other places where an individual has a reasonable expectation of privacy, are prohibited in most cases (click here to learn why).
Further Reading: Check this post to learn whether it is legal to set up security cameras in workplaces.

*Read the infographic below to find the pros and cons of surveillance cameras in public places if you are in a rush.

Why are the benefits of surveillance cameras in public places? Here list several advantages of why we need public surveillance.

The public security cameras can be used as a way to keep an eye out for crimes. PTZ security cameras put in public spaces, like a crossroad, a retail store, parking lots, museums, concert halls, do an excellent job in providing 360° seamless surveillance solutions.

Additionally, crimes can be deterred before they even begin in some cases. If a suspicious individual or individuals or items are seen in an area, the appropriate authorities can be contacted to move into the area before any damage is done or any crime is committed. Moreover, any people in the area can be cleared as a precaution.

Since public safety is guaranteed, people’s fear of crime can also be reduced, while their sense of security is created.

According to a survey by the National Center for Education Statistics, in 2015, nearly 80% of public schools put up surveillance systems in public places to secure campuses.

To ensure students’ safety, administrators of Broward County School have announced that they will introduce AI-powered facial recognition security systems to the campuses after the Marjory Stoneman Douglas High School shooting in 2018 that led to the death of 17 students and staff.

If an individual knows that there are live surveillance cameras in a certain area, they may be less willing to commit a crime near the location for the fear of being caught.

Some authorities place public cameras in Walmart and other shops, hoping that the cameras will help prevent crimes from being committed. 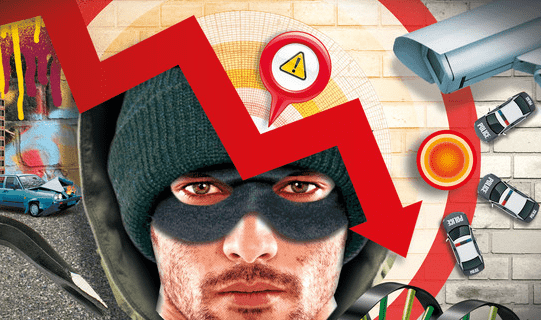 If a crime is committed in an area where a public surveillance camera has been set up, the chances of catching the criminal are much higher.

Facial recognition software has improved greatly over the years. So, if criminals are captured by security cameras in public places, the local authority is able to recognize and catch them easier with facial recognition technology. Posters can be created and the images can be aired on network television to help spread the word about the criminal.

Without the surveillance cameras in public places, it can be extremely difficult to gain a quality description of the person who committed the crime, even if there were eyewitnesses.

Catching criminals is one of the best benefits of surveillance cameras in public places. The bombing at Boston Marathon is a good example. It only took the FBI three days to release blurry shots of the two suspects, taken by a surveillance camera installed in a department store. 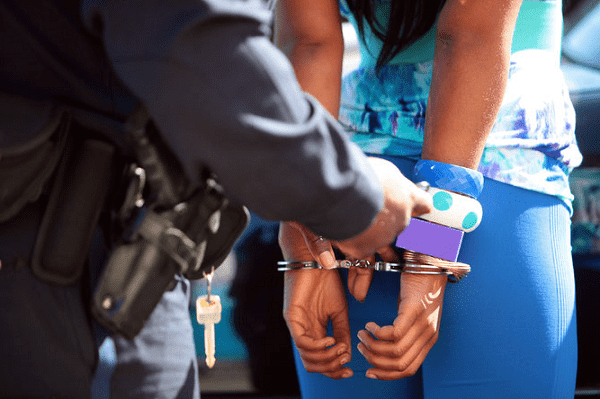 Another benefit of surveillance is that any footage that captures a crime being committed can be used in a court of law as evidence against the accused.

In some cases, if there were no CCTV security camera systems in public places, there would be little or no evidence to convict the person of the crime and the individual may go free. With night vision security cameras on watch, robbers can be recognized even if they commit a crime in dark areas.

Additionally, in some cases, the public video surveillance footage can also help prove someone’s innocence if they have been accused of a crime that they did not commit. 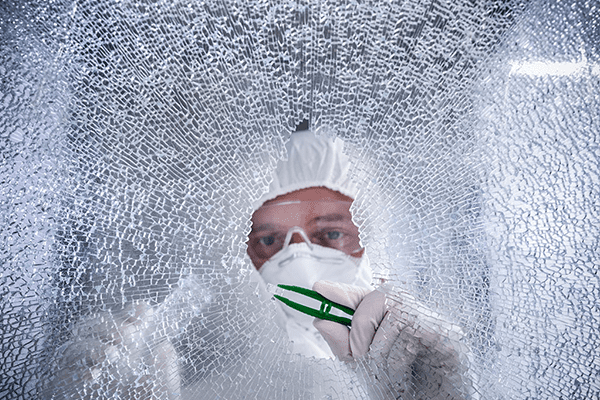 Research on the value of CCTV systems shows that CCTV footage is classified as useful in 62.2% of robbery investigations and nearly 61% of assault investigations.

Some cities have placed cameras on stop lights as a way to help prevent people from speeding or from going through a red light.

And also, relevant authorities can monitor road conditions with the live surveillance cameras. So they can make real-time traffic reports, helping people choose the right time and road when going out. 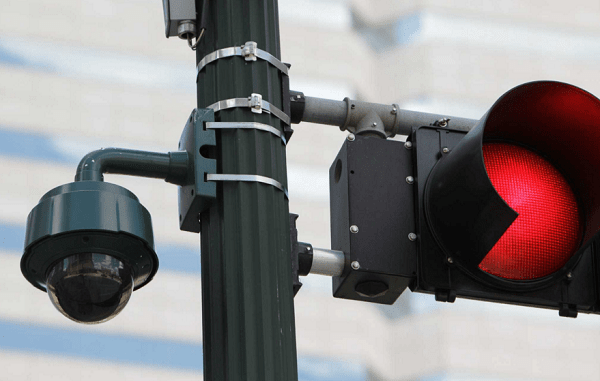 A con of surveillance cameras in public places is that these security cameras may be abused. One example of how a public camera may be misused is that information gathered by law enforcement can be used as a form of blackmail.

Another form of abuse is voyeurism. Spying on women with public surveillance cameras is quite common, which becomes quite an issue that needs to be dealt with.

Overall, the simple lack of control or limits on public camera use is one of the biggest problems. Until now, there is no a good check-and-balance system, in order to prevent abuses from occurring. 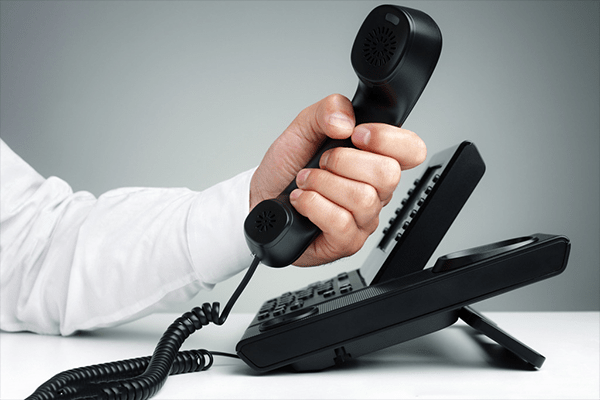 Con 2. Effectiveness of a Public Security Camera Is Doubted

Another controversy of the use of surveillance cameras in public places is that its effectiveness has not been proven. While there has been a push for more public CCTV cameras to be placed in public places because of the threat of terrorist attacks, it is quite clear that a suicidal bomber is not going to be deterred by the fact that there is a camera in place. 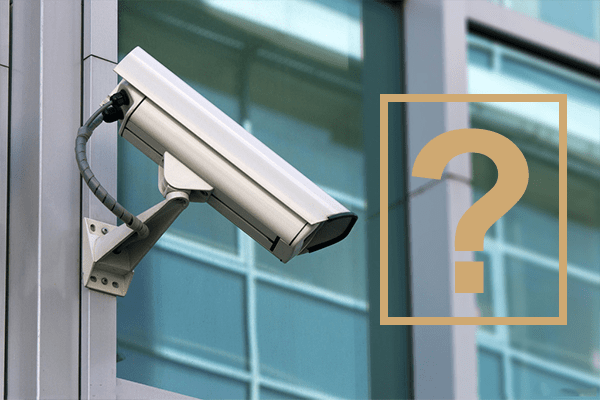 One of the arguments against the widespread use of public surveillance cameras is that it costs big money. Since it is not effective enough to deter crimes and theft, why would we spend too much money in it, which not only fails to make us safer but also violates our personal rights? 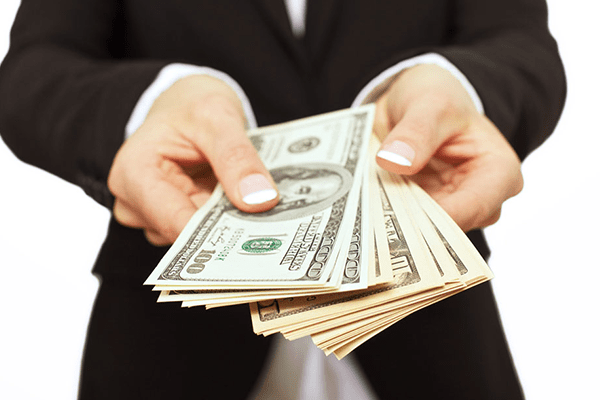 According to the American Civil Liberties Union, officials in Michigan have been proposing to put up public video surveillance for years, but ended up concluding that the limited results could not justify high maintenance and personnel costs.

In today’s world, public cameras can be extremely helpful.

After the Orlando nightclub shooting, how to stay safe in public places, say, a night club, has been a hot topic. Needless to say, placing cameras in strategic areas throughout a city can help ensure public safety, protect property, and prevent crimes.

On the other hand, there are always crimes that are not deterred by surveillance cameras. And the abuse of public video cameras would violate privacy and personal rights. Therefore, how to balance public safety and personal privacy needs to be considered further.

As far as I am concerned, the benefits of surveillance outweigh the disadvantages greatly.

According to FBI statistics on surveillance cameras, there were an estimated 1,165,383 violent crimes 8,277,829 property crimes reported in 2014, and the crime rate has been rising in recent years.

I can’t imagine how bad the situation would be if there were no public security cameras. There is no much about the concern of privacy violation when you behave yourself in public places. Security in public places should always be put on top of priority.