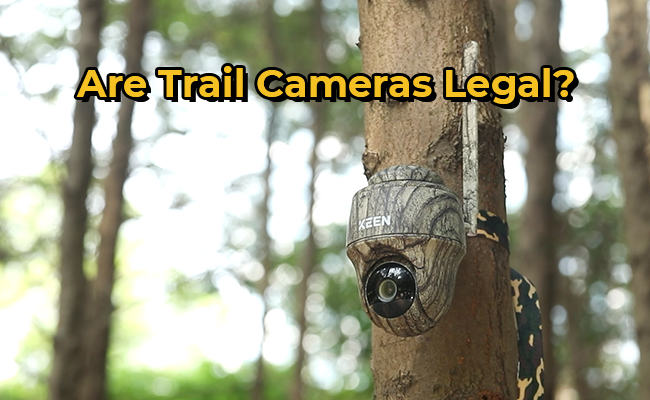 Trail cameras are indeed a wonderful way to photograph animals in their habitat. It's a simple device that anyone can use and appreciate. However, let's admit it, the hunting industry drives the whole trail camera sector.

It's a way for hunters to assess and maintain properties and a useful tool for finding and patterning animals, which are all valuable to hunters.

Trail cameras are legal in most states, but there are some restrictions on their use. For example, in Nevada and Arizona, trail cameras are banned for hunting purposes. In Montana, Utah, Kansas, New Hampshire and Alaska, the use of wireless or cellular cameras is prohibited during the hunting season.

Paraphrasing from the law, "No person shall use a live camera to locate or monitor any wildlife to capture or attempt to capture wildlife."

What is a wildlife camera?

The wildlife camera, or trail camera, is a device designed for filming and photographing animals outdoors. When an animal passes by, it begins filming or photographing immediately. In some models, you can download the files wirelessly over Wi-Fi, while others allow you to save the images to a memory card that can be inserted into your computer.

However, it is not legal to use trail camera images for commercial purposes without the express permission of the property owner.

Where Can You Legally Use Trail Cameras?

You can legally use trail cameras in any public environment where there is no expectation of privacy. This means that they are not illegal in public areas. On someone else's private property, your camera will cause some intrusion—so make sure it's okay with them before you take their pictures!

According to the California Department of Fish and Wildlife (CDFW) regulations, - managed lands are noted as "public areas," and if you are on the CDFW-managed lands, visitors must remove all personal devices and items daily. As stated in the California Code of Regulations (CCR), equipment left behind will be considered trash and disposed of accordingly.

If you plan on using a trail camera on private land without permission from the owner, you should be aware that some trail camera users have gotten into trouble for trespassing when they were caught spying on someone else's property.

If you want to use a trail camera in an area where there is no expectation of privacy, trespassers could get into trouble for doing so (like a national park), check with the local law enforcement authority before installing one there!

Hunters will no longer be allowed to use trail cameras for big game hunting in Utah. Congress passed the Utah Wildlife Commission, which also banned the use of thermal imaging night vision devices, by a vote of 4 to 3.

The Utah Legislature passed in the 2021 legislative session, and it took effect from May 5, 2021.

New Hampshire also restricted the use of trail cameras in 2015. Hunters can use them, but they are prohibited from hunting animals on the same day they take photos.

It is not illegal to use trail cameras during the hunting season in California. The use of these types of cameras can be described as "digital reconnaissance.

This means that hunters may use them in an area to identify the type of game that may be present, or non-hunters may simply want to determine the level of wildlife activity.

These cameras are motion-activated and are often used to help hunters plan their trips. Some of the newer models allow hunters to check images remotely. Older cameras require hunters to physically go to the camera and check the images on the internal chip.

However, please note that if you are on land managed by the California Department of Fish and Wildlife and you are a visitor, you must remove all personal equipment and belongings daily. As stated in the California Code of Regulations (CCR), equipment left behind will be considered trash and disposed of accordingly. If you are on their land, other agencies may have similar restrictions.

The rules governing the use of all game trail cameras in Colorado can be found in the Colorado Code of Regulations, the Colorado Department of Natural Resources, and the Colorado Division of Parks and Wildlife.

This issue is specified in Chapter WO General Provisions 2CCR 406-0; Article IV - Manner of Capturing Wildlife, #004 - Aids to Wildlife Capture; Section 3, Other Aids.

Tips On How To Legally Set Up Your Trail Camera

Here are some tips on how to use your trail camera legally:

The Unfair Advantage Of Trail Cameras

Trail cameras are a tool that has been used by hunters for many years. While they have a lot of benefits, they also have some downsides. One of those downsides is that trail cameras make it harder for hunters to be fair and ethical when out in the field.

The most obvious way that trail cameras make hunting unfair is that they allow people to see animals before they shoot them—often from hundreds of yards away.

This gives them an advantage over other hunters who don't use trail cameras, and it undermines the idea that everyone should be able to have an equal opportunity to shoot a game without interference from technology or other humans.

Another way that trail cameras make hunting unfair is through their role in commercial practices. These days, it's common for hunters to sell coordinates of big bull elk, mule deer, and moose—and even smaller game like hares—to businesses that place, monitor, check and sell camera images online (or at least advertise these services).

This type of business model makes it easy for people with fewer resources to get all the trophies they want by paying someone else to go out into the woods and kill animals on their behalf. It also disrupts the natural order of things.

Time Between Hunting and Observation 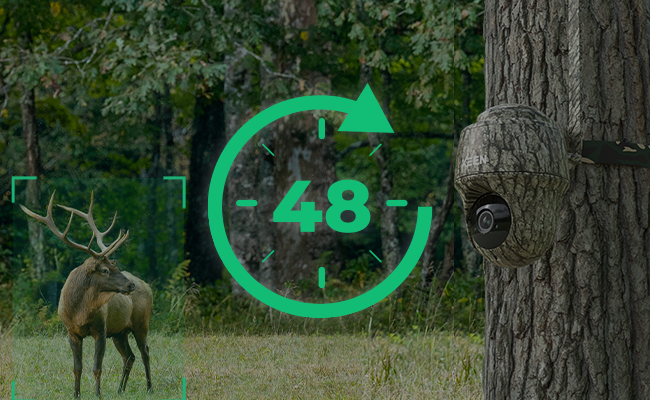 The law states that "The use of any technology that provides real-time data (including photographs) in a manner that elicits an immediate (real-time) response from hunters to target or direct hunters to any species of animal is not permitted."

This means that you cannot hunt for 48 hours after receiving wildlife images on your live camera. At first glance, that seems right. But in reality, it does not work like this.

The rule states that you cannot take or attempt to take wildlife on the same day or the next day, which means that depending on the time of year, it could be much less than 48 hours.

For example, if an animal shows up on your trail camera a minute before midnight, it means that you cannot hunt for the rest of the day. The hunter would then need to wait for the next full day and could then legally hunt early in the morning after that.

In this case, a person can hunt for 30 hours after watching their live camera footage!

Trail Cameras And The Environment 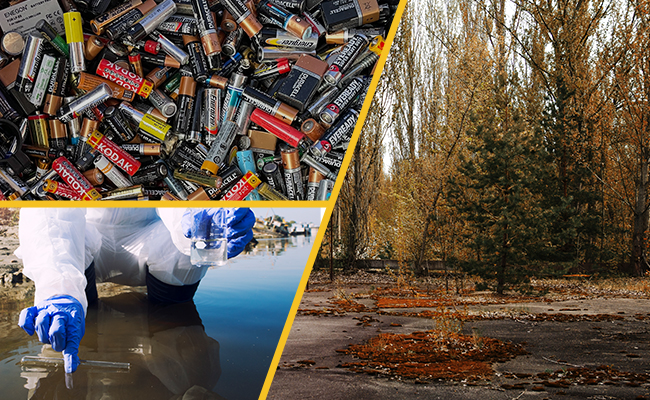 First off, trail cameras can create litter. Replacing batteries, cables, plastics—all of these things can add up to a lot of waste that isn't biodegradable or recyclable.

And then there's the issue of inequity among hunters: if everyone else is using trail cameras, hunters without them will have less chance of spotting animals.

Those who use more advanced cameras have more information about where animals are located and which ones are best for hunting—and it means that those with less money or less access end up missing out on opportunities to hunt big game animals because they don't have access to such tools!

The Ethical Use Of Trail Cameras 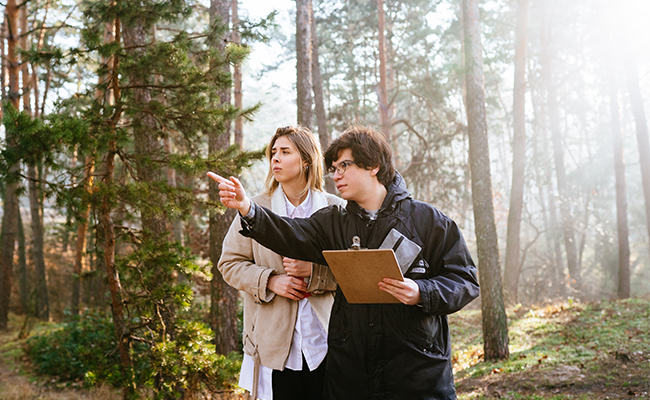 Trailing has helped hunters realize the benefits of helping wildlife, monitoring their needs, making decisions that benefit them, and being good stewards of their resources.

They are very effective at pinpointing game animals' movements in an area. You can see where they travel most often on your property and adjust your hunting strategies accordingly—this can increase your chances of success.

Trail cameras also provide visual insight into your hunting area. They allow you to see what kind of habitat is available for different species (such as deer or bear) so that you can determine if any changes need to be made to create better conditions for them.

The fun part of trail cameras is watching a buck grow up over the years, noticing the interaction between family groups, and seeing how your land management, food plots, and hard work pay off!

When used the right way, trail cameras can make hunting a more fun-filled experience. But when used the wrong way, it'll rather usher in an unfair advantage amongst hunters. Your best is to check with the authorities before getting one for your hunting venture.

Trail cameras are becoming increasingly popular, as they offer a convenient way to check on wildlife activity without having to physically be present in the area. Reolink's KEEN Ranger PT is a recently released trail camera that offers 4G network connection and PT function. I hope you will find it to be a valuable addition to your trail camera arsenal. Thanks for reading!

Terry is an editor at Reolink, where he writes blog posts about security topics and technology. He cares about everything from home security and security cameras to smart home gadgets and emerging technologies. When not working, he enjoys keeping up with the latest news in electronics, watches and technology. Film theory and film editing techniques are also his interests. Terry's goal is to make complex topics easy to understand for the average reader. He believes that everyone has a right to stay informed and be empowered to protect themselves and their loved ones.