Having CCTV Security Cameras in Bathrooms: Is It Legal & How to Identify

Finding video cameras in bathrooms or other private places can be never pleasant.

You may believe that your privacy has been severely intruded on.

In this post, we will share useful information with you including places where security cameras are not allowed, cases regarding surveillance cameras in public bathrooms and practical tips on how to identify such hidden cameras.

By the time you finish reading, you may find the answers to all the questions above.

Is It Legal to Put Video Cameras in Bathrooms

You may find security cameras installed in unexpected places nowadays.

For example, video cameras in bathrooms.

However, can the usage of surveillance equipment go that far?

Putting Video Cameras in Bathrooms Is Illegal in Most Cases

According to the laws passed by some of the states in the U.S. like Alabama, California and Massachusetts, it is unlawful to put video cameras in bathrooms and other private places where people have a reasonable expectation of privacy.

These locations include but are not limited to:

• Any other places that people may get undressed

Any individual who goes against laws on video surveillance may face severe penalties.

Also note that if there is no state law that specifically prohibits video surveillance in private places, state tort laws can be brought into effect to protect your privacy in locations where there is an expectation of privacy.

Exceptions: It Can Be Legal to Put Security Cameras in Bathrooms When…

In fact, there are also some exceptions when putting video cameras in bathrooms could be considered legal:

#1. CCTV Cameras in Public Bathrooms Are Pointed at Common Areas

To secure students' safety and reduce smoking and violence in the hidden areas, some schools may set up security cameras in public bathrooms.

Such surveillance cameras are normally stationary and cannot be moved, zoomed in or out or angled. They only point at the common areas in school bathrooms, for example, the wash stations, rather than private places like stalls and mirrors. 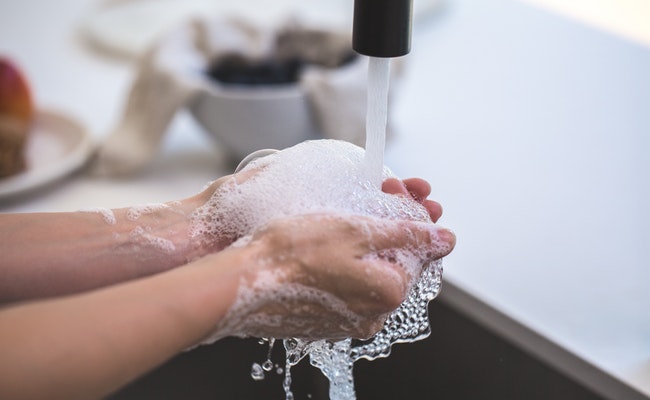 A Similar Case: A library in North Carolina defends its decision to set up security cameras in bathrooms against vandalism (details here).

#2. Security Cameras Are Put in Your Own Bathrooms

When it comes to your own property, it would be totally fine to set up security cameras in bathrooms which are used by you yourself only.

For example, you may put a video camera in your own bathrooms to catch your pets playing the toilet paper when you are away from home.

However, it is not acceptable for landlords or tenants to set up surveillance cameras in bathrooms that are shared.

Also note that when visitors like your friends, landlords, baby sitters or cleaners drop by, you have to inform the visitors about the usage of security cameras in your bathrooms and disable the video cameras as well. Or else, you can be accused of invasion of privacy.

#3. Inform Others About the Existence of Security Cameras in Bathrooms with Proper Notices

States like Arizona and Connecticut require employers to inform employees with written notices and win their consent before setting up security cameras in restrooms and other private spaces.

If there are not proper notices given to you in advance, employers who monitor the intimate locations are going against the law and shall face severe punishment.

Further Reading: Click here to learn whether it is legal to install security cameras in the office.

Mind that in states like Florida and Michigan, it is unlawful to record conversations without consent of all parties. So, putting a security camera in public restrooms that enables audio recording to eavesdrop on someone's private conversation is also illegal.

If you want to know the legality for parents to install video cameras in children's rooms, click here to learn more.

How to Identify Hidden Cameras in Bathrooms: 3 Practical Solutions

As hidden cameras have been widely used in private areas, be aware of your surroundings especially when you are using a public restroom.

To detect disguised spy cameras in bathrooms, take these practical tips into account:

Solution 1. Check If There Are Any One-Way Mirrors in the Bathrooms

Some perpetrators may take advantage of one-way mirrors and install video cameras behind such mirrors in the bathrooms to spy on others. 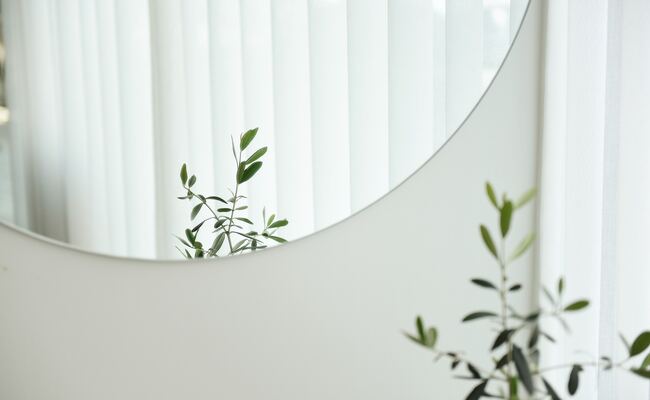 In fact, with a simple trick, you can tell whether the mirror is a semi-transparent one:

#1. Put your fingertip on the mirror;

#2. Check if there is a gap between your fingertip and its reflection.

If yes, then you can tell it is a real mirror.

If not, it is possible that you are standing in front of a one-way mirror which is reflective from one side and transparent from the other.

Solution 2. Examine the Suspicious Items Inside the Bathrooms

Hidden video cameras in public bathrooms can be concealed by the bad guys in some less conspicuous places, which include but are not limited to:

A lesser-known trick to learn more about the latest type of disguised video cameras is to search "spy cameras" on the Internet and scroll down the page – some of the hottest products may be installed in the private locations that you have been to!

Your mobile phones are very helpful tools to locate hidden video cameras in bathrooms. Here are some of the possible ways:

#1. Make a phone call and walk slowly around the restrooms. Hold your steps when you hear strange noises that interfere with the call.

#2. Download hidden camera detector apps on your mobile phones and check if there are any disguised CCTV cameras in school bathrooms.

#3. Turn off the lights in the changing rooms and use a flashlight to scan over the suspicious spots.

What to Do If You Find Security Cameras in Bathrooms: Can't-Miss Tips Here

When you find hidden security cameras in bathrooms, changing rooms and other intimate places, do not touch the video cameras with your bare hands, to avoid possible contamination of key evidence.

Instead, you may collect concrete proofs and take legal actions to defend your privacy.

Note that the following tips don't apply to the cases when security cameras are set up and operated in bathrooms within the laws (with proper notices & no intimate activity is filmed).

After locating surveillance cameras in public bathrooms, take some pictures and record videos showing the locations where you find the hidden cameras.

Such materials can be served as strong evidence and help police and the court go through the cases smoother once you decide to take legal actions against CCTV cameras in changing rooms.

If you are experiencing something different from what we have mentioned above, and you want to know if putting a security camera in bathrooms is legal in your case, it is best to read local laws or consult lawyers to learn if there are any explicit laws addressing such monitoring.

This tip is for teenagers who are concerned about the video cameras in bathrooms installed by parents.

When you feel uncomfortable with the security cameras in your bathrooms, why not talk to your parents and ask them to remove those video cameras?

Tell your parents your true feelings and inform them that it is illegal to install CCTV cameras in bathrooms when children are over 18.

Supposed that you find hidden video cameras in locker rooms but you are never informed with proper notices, then there could be two possibilities:

#1. Such security cameras are installed by the business operators secretly.

#2. The business owners have no ideas about who installs hidden CCTV cameras in bathrooms.

For the first circumstance, it is best to unite with other victims and ask the business owners for a reasonable settlement. If the negotiation fails, call the police and seek legal advice from local attorneys.

When it comes to the second case, you may ask the business owners to provide CCTV footage recorded by security cameras installed inside and outside the stores, which may help identify the criminals.

Have you ever found video cameras in bathrooms? Are they in your offices, schools or any other public places? And how do you protect yourself against such surveillance cameras? Share your experience and solutions as well in the comment below!

① A Redditor's Question: Inside the changing room I found a CCTV camera pointing at where people get changed. What should I do?

② A Quora's OP: Is it illegal to put cameras in bathrooms?

③ A Free Advice's OP: I find a camera in the bathroom of my workplace. What would you all do from here if you were in my shoes?

④ An Uncommon Forum's User: Help! I discovered a spy camera pen in my bathroom!

Lorenz is an independent writer who is keen on security industry. She also loves to share new ideas and information of security life with readers.