Introduction of Dual-Lens Systems in Cameras 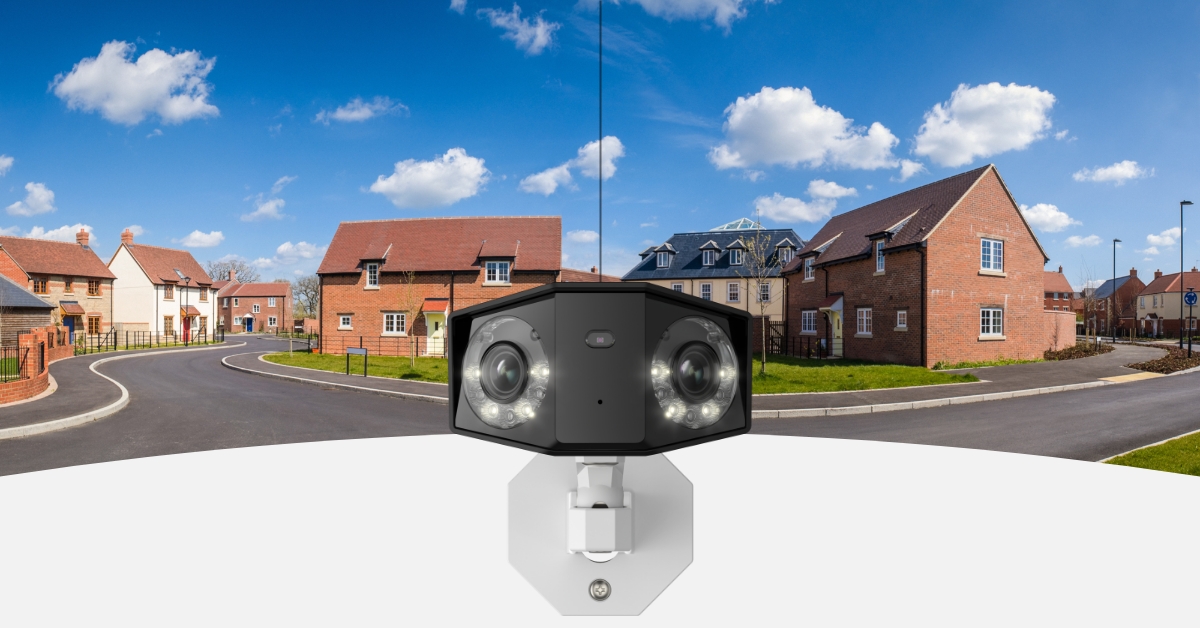 A dual-lens camera system is composed of two lenses that see the same scene from two perspectives.

Both lenses create two separate images. The first image captures the scene as it appears to the human eye, while the second captures it as seen through a wide-angle lens with a field of view more than human vision but with less resolution and depth of field.

These images are combined to form one final shot with increased depth of field, better resolution, and less distortion compared to a single-lens camera.

Dual-lens cameras have been around for centuries, with the earliest dual-lens reflex camera (TLR) being invented in the late 1800s. At the time, photographers first had to use a ground glass screen to view the image. Once the image is in focus, the camera is adjusted, and the ground glass screen is switched for a photographic plate.

This concept heavily influenced the Rolleiflex, which came in the 1920s and marked a turning point in the development of dual-lens cameras.

TLRs were developed to improve the focus ability of film cameras, and they quickly became popular among photographers.

Today, these cameras have various applications, from mobile devices to industrial imaging systems and security cameras. Thanks to their many advantages, dual-lens cameras will likely stick around for a long time.

Common applications of dual-lens in camera

The twin-lens reflex camera is one of the earliest applications of dual-lens. One of the lenses is used for taking the picture, and the other is the viewfinder – where the user looks through to compose the image. This design was first used in the late 19th century and mainly functioned as a film camera.

For starters, the dual-lens allow for more accurate focusing. With the secondary lens, the user can see what the final image will look like before taking the picture, ensuring the composition is perfect. Finally, the placement of the lenses makes it easier to take photos in dim lighting conditions.

Twin-lens reflex cameras are no longer common as they were phased out just before the introduction of digital cameras.

The trend of dual-lens on smartphones started in 2011 with HTC's EVO 3D. It was a groundbreaking phone at the time, as it was one of the first to use two lenses for 3D photos and videos. Since then, dual-camera smartphones have come a long way.

After the EVO 3D, other phone brands started to use dual-lens technology for other purposes. For example, the iPhone 7 Plus and Samsung Galaxy Note 8 used dual-lens to introduce (limited) optical zoom capability to their devices.

On the other hand, LG's G series from 2016 used dual-lens to allow their device to take wider angle shots.

Finally, Huawei and Honor's 2017 flagships utilised dual-lens which worked together rather than separately. This method allowed proper depth-of-field photos with sharper detail and fancier effects.

A dual-lens car dash cam is placed in the car and can record the road ahead of the driver, the car's interior, or a 360-degree view of the vehicle's surroundings.

This type of camera is especially beneficial because it allows you to capture footage from your surroundings when driving.

This can be invaluable if you are involved in an accident or witness something suspicious. In addition, dual camera dash cams typically offer multiple perspectives compared to single-lens dash cams, making them ideal for recording large vehicles.

As the name implies, these cameras are fixed at the front door to monitor what's happening outside. Its two lenses combine to provide comprehensive footage of your doorstep – proving an effective deterrent against pesky porch poachers and other suspicious individuals.

Some of them use motion detectors which prompt the camera to start recording as soon as someone comes within range. An alert is immediately sent to your phone, and you can watch the footage on the camera app.

With its advanced capabilities, it was only natural for the dual-lens to be applied to security cameras.

The dual-lens system offers the same benefits it gives to other devices to security cameras, namely: wider angle shots, better zoom without a drop in resolution, and an improved focusing capability. These features make dual-lens cameras more preferable than their single-lens counterparts.

Below are some of our choice dual-lens security cameras that we'd recommend.

Both lenses on the Reolink Duo work simultaneously to produce an ultra-wide viewing angle. This ability is made possible with its video stitching technique.

Each lens records two videos at the same time. Then, the video stitching calculates the similarities of both videos, aligns them, and blends them seamlessly to generate 180° ultra-wide footage. Duo's advanced algorithms clean up the blurriness that might come with object or camera movement.

Additionally, the camera has flexible power options as you can select between battery or solar-powered modes.

Reolink Duo comes with an alarm system where a siren is triggered, and you get a notification whenever the camera detects suspicious motion. 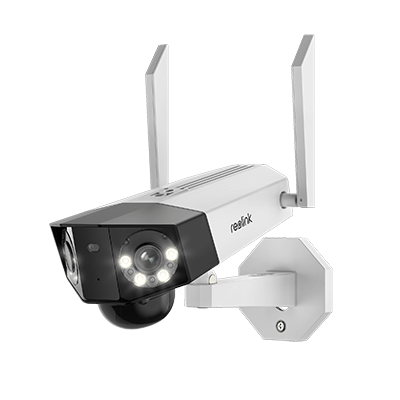 Reolink's Trackmix dual-lens security cameras are some of the most advanced on the market, offering auto-tracking capabilities that regular PTZ (pan, tilt, and zoom) cameras can't match.

The wide-angle and telephoto lenses work together to give you a perfect view of whatever you're trying to track, whether it's a person or a vehicle. And because the Trackmix cameras have automatic PT (pan and tilt) functionality, they can cover a much larger area than traditional security cameras.

If you're looking for the best possible protection for your home or business, Reolink's Trackmix dual-lens security cameras are the way to go. 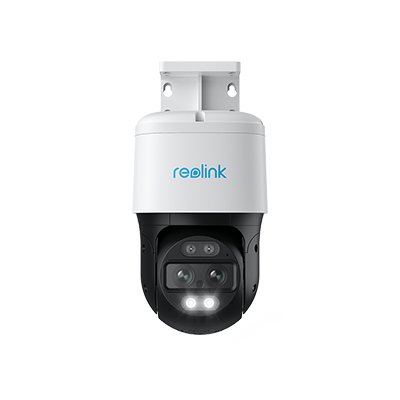 It's also easy to set up and install the dual-lens camera. You can follow the video below and get it done within minutes.

Benefits of a dual-lens system

Dual-lens improve the focusing speed of a device and result in sharp, detailed footage.

During recording/capturing, both camera lenses take footage simultaneously, which is processed together to result in better-looking results.

Dual-lens systems have been used to produce 3D effects

Although this technique is no longer common, it was once used to record 3D images and videos. By taking two slightly different perspective images, dual-lens cameras can create a sense of depth and dimensionality that is impossible with single-lens cameras.

They work well in low-light environments

By having two lenses, one for color and one for black and white, dual-lens setups can significantly improve low-light performance. The primary camera captures the color data, while the black and white camera gathers all the essential details. This combined data results in images that are far sharper and more detailed than what you would get from a single camera.

Sometimes, the extra lens in dual systems acts as a wide-angle snapper. This offers a different viewpoint and allows the user to record more in a single shot without getting closer.

Video stitching also enhances this benefit, as it merges multiple videos from both lenses to produce a wide field of view footage.

With all their advantages, dual-lens cameras are an excellent fit for any security system.

This is not to say their single-lens alternatives are unreliable; both work just as well depending on your needs. If satisfied with the basic functionalities, you should get single-lens cameras.

What do you think about dual-lens cameras? Are they better than the single-lens cameras? Let us know your thoughts in the comments below!

Terry is an editor at Reolink, where he writes blog posts about security topics and technology. He cares about everything from home security and security cameras to smart home gadgets and emerging technologies. When not working, he enjoys keeping up with the latest news in electronics, watches and technology. Film theory and film editing techniques are also his interests. Terry's goal is to make complex topics easy to understand for the average reader. He believes that everyone has a right to stay informed and be empowered to protect themselves and their loved ones.