17 Security Camera Captures You Could Never Think Of

The security cameras speak facts by their captures.

What's the first thing that pops up on your mind about security camera captures? Is it shooting, pentagon attack, CCTV robbery video, train crash, or child/animal abusing image in the news?

Don't be so pessimistic. Think about your lovely pets, the precious time spent with your family, the sweetest moment with your lover and the breath-taking views that are captured alongside!

This post has listed 18 astonishing security camera captures that you can never think of.

A nanny was caught on camera burning a 2-year-old-boy with a curling iron. She denied hurting the toddler until the irritated mother showed her the camera footage.

So how could you trust a complete stranger to take care of our loved ones alone? How could you pay someone who will hurt your dearest ones?

Before you find out the true personality of the babysitter, a nanny cam should be a must.

Read more: Should you use a nanny cam?

Still think that your packages will be safe when they are delivered directly to your doorstep and you have time to pick them up after you finish your task at hand?

A security camera video tells you how a package could be stolen off the doorstep (Fresno, CA) in less than 10 min from when it was delivered. 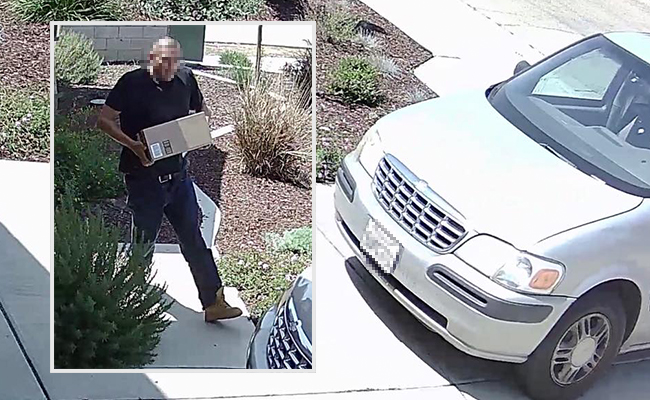 The crystal clear image of the thieves and the plate number captured by Reolink wireless security camera has aroused a heated discussion on Facebook about the safety issues.

In the world where no place is 100% safe, we'd hope our home will be the last place we worry about invasion or attack issues. But security camera captures tell us the stark reality.

Learning from the woman's terrifying attack, it's wiser to avoid the direct conflict with the intruders and hand the robbery/invasion/attack clips to the police.

Note: The robbery caught on camera in the house happens oftentimes in the dark night which demands the security camera to be night vision enabled.

75% of employees are reported to have stolen at least once from their employer. A security camera captures a common trick of employee theft:

Employees help you to protect your property from shoplifters. But how to make sure that your employees won't take advantage over their positions?

The simplest way to prevent employee theft is to turn to security cameras like the fast food giant McDonald do.

A high-resolution security camera inside an Illinois bank captured the whole process of the deadly robbery between a retired sheriff's deputy and an armed bank robber: the officer shot back at the suspect after the bank's security guard was shot dead. 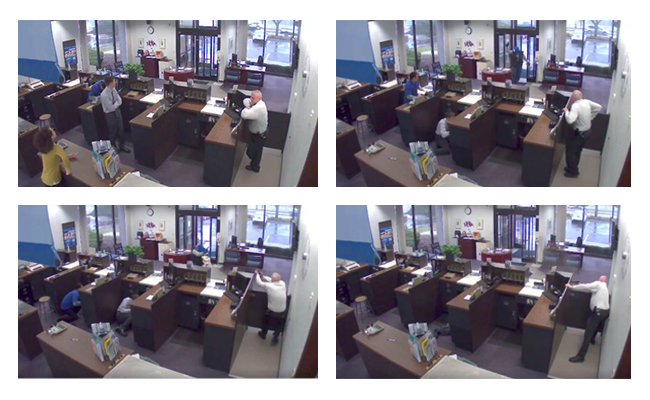 Thanks to the real robbery videos, the officer was finally free from any criminal charges and was regarded as a true hero.

A clip of Reolink security camera footage on YouTube exposed the whole process of a scam in which a guy claiming to work for the ”local utility company” came to the doorstep and asked for the PG&E bill in order to get your private information. 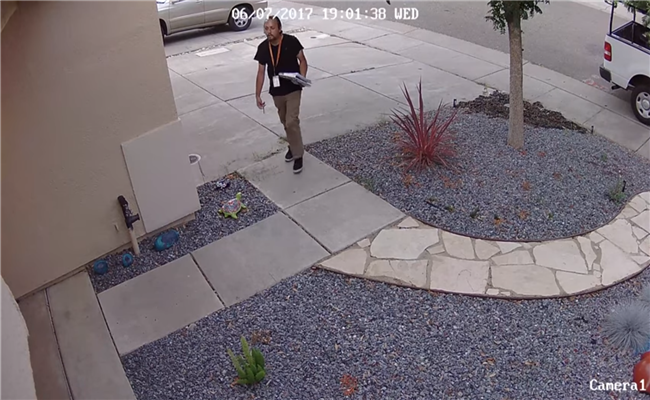 Don't you think that security camera captures is a good way to complete the community blacklist?

Never underestimate the power of nature! You will only feel too lucky to have a hiding place when you see the horrible wind grabbing the umbrella in seconds through security cameras. Let alone the tornado and earthquake a Reolink Argus PT security camera captures.

Maybe only through the camera captures could you understand how small and fragile your life is.

Sometimes life is just too dramatic to believe it is true until you actually see the evidence from camera captures. One of the dramatic things happened to Cary McCook.

The funny thing is nobody, including his mother, would believe in his suffer because it accidentally happened on April Fools Day.

But the security camera captures stood up for him. Cary McCook uploaded the captures to Facebook which gain over 25000 clicks, and now his mother has to take it seriously. Aha.

How long haven't you take time to look at the outside of your house? The Reolink security camera collects the beauty of 4 seasons for you. 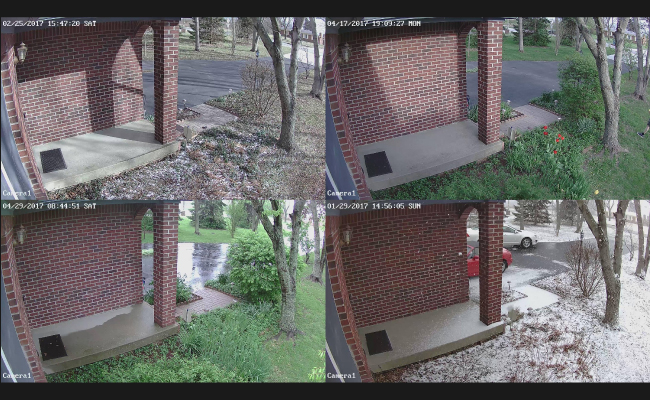 Tired of your heavy paperwork in front of a desk in the hot Monday afternoon? The rain, shine, and snow get you close to nature again with simple clicks on the phone.

Out of the daily trivial affairs in the video recording, you may find some sweet moments you didn't realize back then: 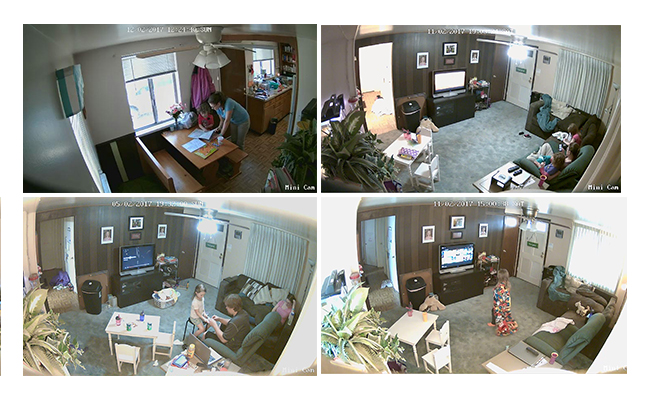 Many parents complain that their children just grow up in the blink of an eye. Reolink security camera captures can keep a log for your beloved kids' growth.

A front door Reolink security camera captures the 4 forever best friends in the neighborhoods. Guess what they are going to do? Perhaps just decided to follow the TV heroes and took their responsibilities to save the world? 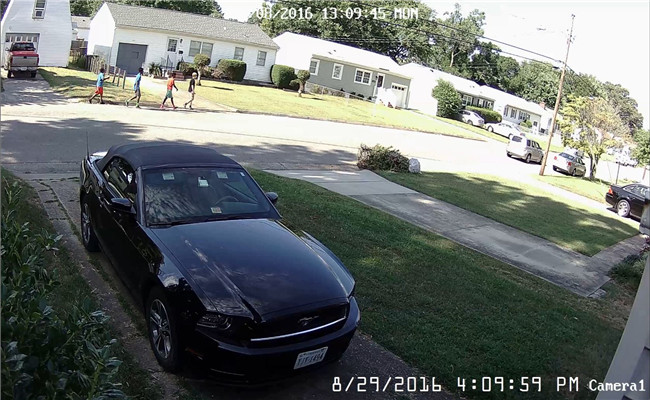 Perhaps this is what true friendship is like. Terribly miss my carefree childhood!

Do cats and dogs get along? Will they fight or be unhappy with each other?

A Reolink security camera capture tells you that instead of fighting, they could show "opposites attract" instead. When you are not at home, they just hang on the back deck peacefully and keep each other company. 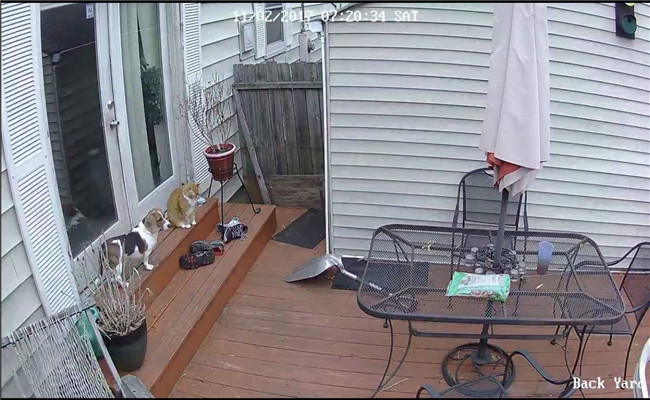 To many, the perfect life has three components: a cozy house, a lover and a dog/cat. What's the sweetest moment to you?

How about holding your dog and kiss your loved one goodbye in the corridor of your house, like the Reolink camera captured? 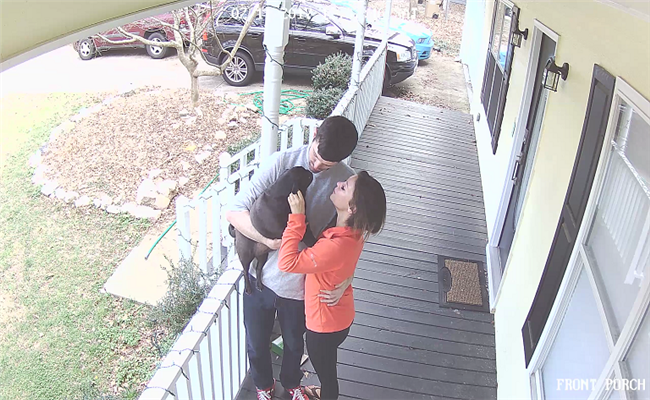 The Valentines' day may be short, the Reolink security camera captures makes every sweet moment forever!

Could you believe the below images are from security camera captures? 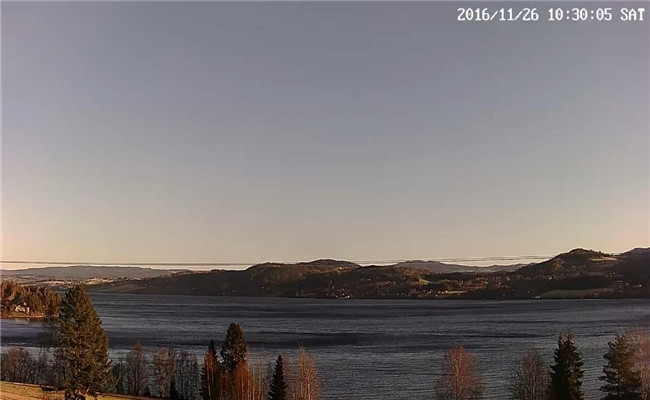 That's what Randsfjorden in Norway looks like in a Reolink camera. Now, megapixel security cameras can already compete with some professional digital cameras.

Don't you think it is fun to learn your pets' or some unexpected wild animals' habits when you check the camera recordings?

You may find that your dogs spend a lot of time sleeping when left alone and they become excited about your coming back home;

Or you may find the turkeys dancing in a vortex as if they are celebrating something (captured by Reolink 5MP security camera).

Or you may find the bear playing with the pumpkin at your front door as if he wants to carve a pumpkin too (captured by Reolink RLC-422).

Perhaps you can even use the security camera to broadcast the live video of your little raccoon friends like Kristin does on Twitter.

Life is full of changes and uncertainties. Nobody would know that the officer Jeremy Henwood was to be killed at the doorstep after his decent act in McDonald.

In an interview afterwards, the boy said that the officer has asked about his dream and encouraged him to work hard for that. If only the McDonald security camera has a microphone inside, and then the whole precious talk could be recorded.

#17 Security Camera Captures Angel/Ghost or Not

Do you believe that angel/ ghost exists in the world?

There are loads of videos in the YouTube in which some moving bright or dark spots are regarded as angel/ghost. I've watched some of them (like the below video), and technically it is more likely that was caused by some lens bugs in the camera.

Another creepy thing caught on the camera that may make you nervous could be the possibly-possessed woman using a Redbox. Actually, it's a rather normal image to me and it is your imagination that makes the image horrible.

There are far more than the above listed 18 amazing security camera captures in our daily life! You may discover more security camera functions and Reolink captures on #ReolinkCaptures Program.

Want to live in secure and do not want to miss a thing in your colorful life? Buy a security camera now! Should you need any help in choosing the right security camera, do not hesitate to contact us and comment right below.

8. The Man in Smithers Video